SIX MONTHS. We’ve been living in this sticks and bricks house in Michigan for six whole months now. I would say that I could hardly believe it but it was -15 degrees last week and that was very real. Our get up and go is a get up and stay. Now we eat our avocado toast in the same place every morning. No sigh necessary, we’re enjoying the challenge.

The house I gave you a glimpse of in my last post has been an adventure in itself. It’s a sprawling ranch on a five acre tract of grass with some woods around the fringe and a piece of creek in the back. 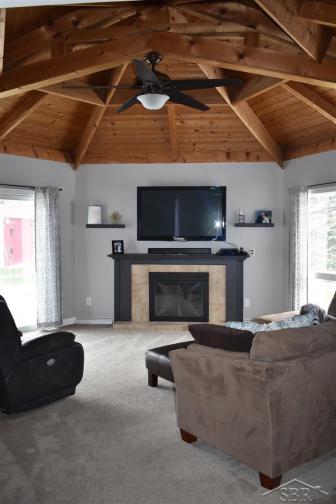 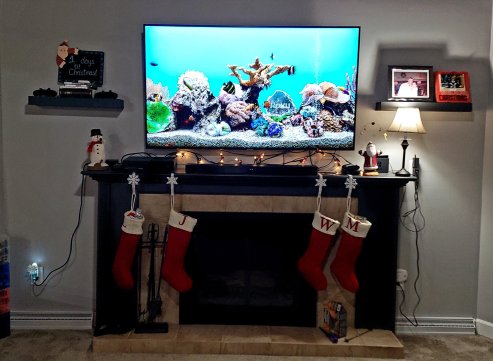 Our neighbors to one side have a similar situation, but instead of growing grass they lease the land out for corn and alfalfa. These people are the BEST! They’ve been nothing but incredible, saving our butts more than once from the monster that is our yard.

They also have a bazillion chickens and ducks and like to share their eggs. There’s no need to tell you how much better farm fresh eggs are than the Walmart ones. The chickens get Justin’s spent beer grains in return and they are thrilled. I don’t know how we always manage to hit the neighbor lottery!

I started a blog post for you after we’d been here a month, but we hadn’t done too much beyond purchasing rugs. Twelve. I bought twelve rugs. And 14 packs of hangers. You don’t give these things a second thought until you have to buy them en masse.

When I said we were enjoying the challenge I really meant it. I have never been more busy while also not actually doing anything. There is always some task to be accomplished or corner of the property to explore with the kids. Who knew we were actually buying 5 acres of chores? A barn full of projects? A house full of rugs and hangers? And when spring hits we’ve got one epic veggie garden planned. I’ve already got little sprouts going all over the front room. Justin also ordered 10,000 bees last week, so there’s that too. If you were concerned that we would have trouble being stationary, your worries are mostly unfounded. We are not bored. 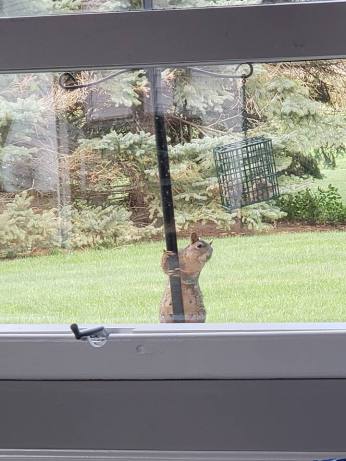 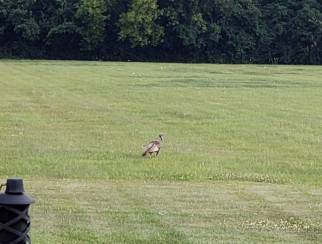 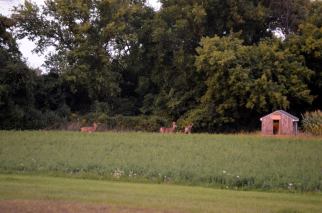 There was also this crazy Wild Kingdom battle between a squirrel, a gray tailed hawk, a hero crow, and an opportunistic second greedy squirrel. The hawk tried to carry off squirrel #1, and while he was flipping said squirrel around on the ground, a rescue crow was deployed from the alfalfa field. The crow started attacking the hawk! The hawk, not to be out bullied, turned and started chasing the crow in a high-speed pursuit all around our backyard field. While the birds were zooming around, squirrel #2 ran out and helped squirrel #1 to the nearby woods so that he may get eaten another day. Then #2 ran back out into the field to eat what #1 had almost been killed over. It was a roller coaster.

David Attenborough should have been narrating.

The kids finally got ALLLL that snow they so DESPERATELY wanted.

I think it’s really pretty too as long as I get to stay inside under my electric blanket.

Now, to our current business (and the REAL reason i’m harassing you with my words):

WE HAVE SOLD THE RV.

We went back and forth on the matter; to sell or not to sell. Ultimately we were paying – BLEEDING money – for a second home that no one was using, and also stressing out over it rotting away. It wasn’t rotting, but you know us, we’re worst case scenario people, so it may as well have been. After a few months on RV trader and about 10 failed deals, we’ve been found by a family who is ready to start their own full time adventure!!! In less than 24 hours our mobile fortress will be headed to its new home in sunny San Diego. At least our camper gets to live in California, right? Don’t mind me. I’ll just be here, with the snow…

Just like when you sell any home, you leave a little piece of yourself behind with it. A pang of sadness can’t be avoided. We get to keep the best parts of it, though. Look at this blog! Look at all the memories! The happiness! The celebrations! The anxiety! The challenges! The GROWTH. I will never regret having it, or it having us.

So that’s that. We’re officially mid-westerners (again for half of us), embracing our newly found OPE!’s and dreams. Don’t worry about us bohemians, though. We might be sitting still for a minute, but rest assured our adventures will never stop.