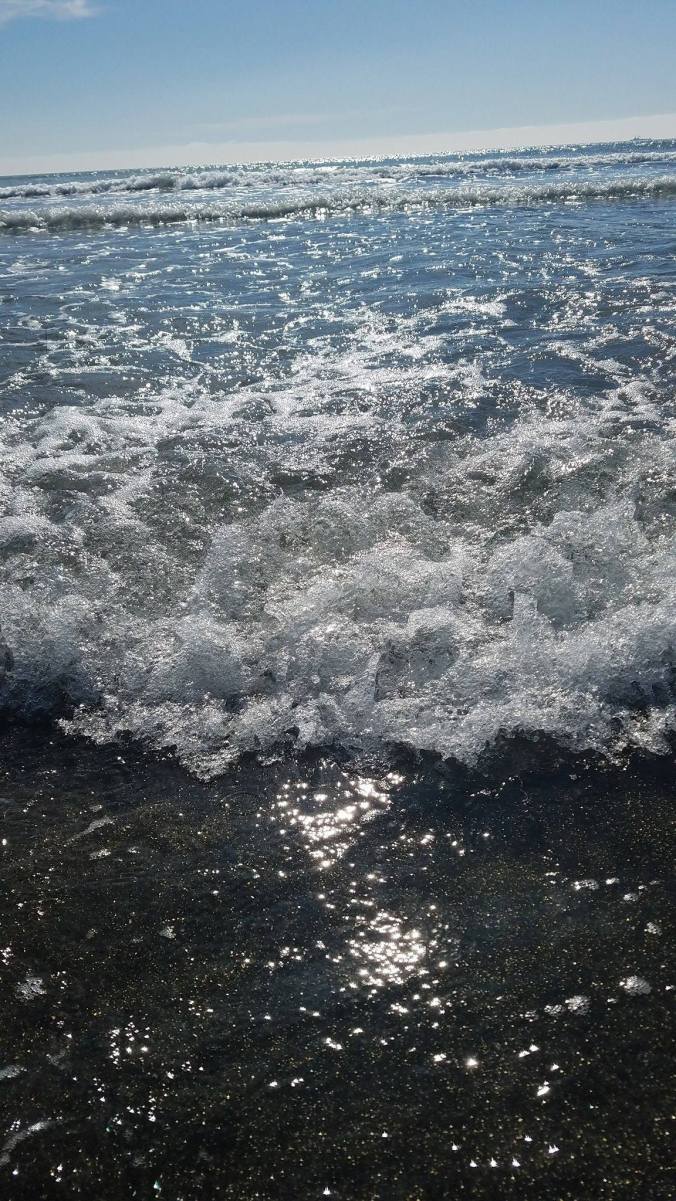 I don’t even care that the photo takes up the entire screen. It was so sparkly! If you haven’t guessed the locale yet it’s Coronado Beach, in front of the famed Hotel del Coronado. The hotel was built in 1888, and at the time was the largest resort hotel in the world. It is currently the second biggest wooden structure. The beach itself is one of very few beaches that has mica in the sand, which looks like flecks of gold. Mara said they had to have dumped at least TEN bottles of glitter in the ocean. Technically she’s not wrong.

I have no idea who this footprint belongs to. 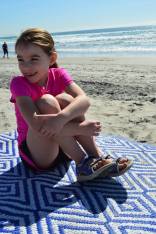 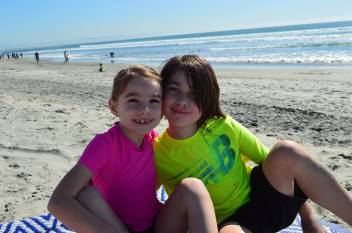 These guys are always so happy to be on the beach! Can you blame them? They roll around in the sand, haul buckets of treasures out of the water, and build castles with moats and flags – the whole nine yards. Part of Wesson’s actual schoolwork was to build a castle of some sort, so this was *technically* a school trip. Ahem. They left there with half the beach in their shorts and the other half in their hair.

We also learned about Sand Dollars, AKA Snapper Biscuits, AKA Sea Cookies that day. They are burrowing sea urchins covered in tiny hairs that move independently and the little wiggly hairs definitely don’t creep me out in any way whatsoever. Look at the variety of colors that washed up onto the beach. I don’t think that I was aware that they were anything but the bleached, white “test” that’s usually found. Any day we can literally pick our lessons off the ground is a great one. “Tell me and I forget. Teach me and I remember. Involve me and I learn.” – Benjamin Franklin

This was the view from the bridge that we had to cross to get to the island: 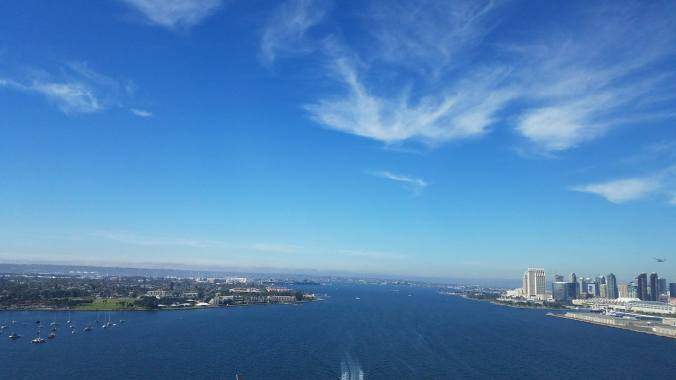 And this was the view on the way back:

We had tons of fun and will be back there in a few weeks. We’ve been trying to talk the kids into checking out a different beach. They’re insistent that we go back to the one with the fancy sand and the warm, hot sun.

A few days later California got rocked by the heaviest rainstorms that they’ve seen in six years. We decided to move off the mountain a few days early to avoid any potential mudslides or high winds. The Weather Channel had this to say about the situation:

The bad news is that we didn’t get skipped by the storm but thankfully our site didn’t flood and we never lost power. Yeehaw!

Moving to this new park, Wilderness Lakes, gave us a site with a full hook up! BONUS! I have been keeping the laundry bucket empty and it’s been a dream come true. We also get to wash our dishes indoors and use our own shower! I like camping, I really do. I also like not packing a shower bag, as it turns out. “Glamping” would be a closer term for the thing I love.

On February 18th, Carrots Fuggles Secrets Funnybunny Rowland turned TWO! In proper, traditional Rowland fashion, her bedroom was decorated overnight and when she awoke in the morning Mara provided her with a stylish birthday hat. She took her decorations down right away. She had no appreciation for my toilet paper streamers. As you can see from the above side-eye, she had no love for the hat either. Poor, tortured, traveling bunny.

The Disneyland post is next, people, and I am so excited to tell you about it! We have one more visit there this week and then I will fill you in on the Disney goodness all at once.