I wrote half of this post and Word Press decided to eat it. *sigh* It’s never as good the second time around, kind of like reheated leftovers. Lets try to make this blog post tasty Thanksgiving leftovers instead!

On our way from Pilot Knob to Pio Pico we stumbled upon El Centro! Can you believe it?  THE BLUE ANGELS! Apparently The Blue Angels practice in California in the winter and we just happened upon them! We pulled over to watch them swoop back and forth. I tried to take photos but they were just too fast and high up. They dove and rolled and performed their close quarter maneuvers. It was like our very own air show!

A beautiful photo that I did not take.

When we arrived at Pio Pico RV Resort, everything looked promising. It appeared to be a nice big park nestled between the mountains with it’s own store! We quickly realized this was too good to be true. The staff was incredibly rude immediately. Then we found out that the park was full and we’d be in overflow across the road. If we wanted a main park spot we had to be at the gate every day at 0830 to stand around and hope our name was called, then randomly take whatever spot was available without knowing if we’d fit or what the site looked like. Also, there was absolutely no cell phone service. If we had an emergency at any point we had no way to call for help unless we went to the ranger station. As we contemplated that fact, Justin found a GIANT bubble in the trailer tire that wasn’t there when we arrived. 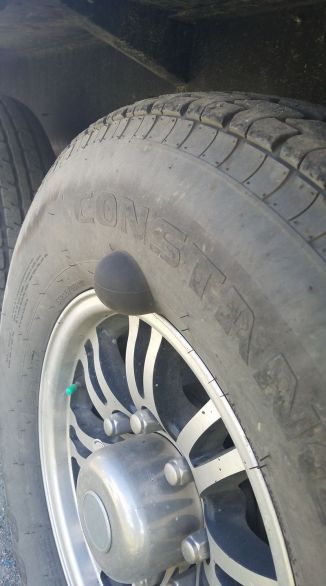 It had formed while driving through the park that we couldn’t stay in. We pulled into an overflow spot, changed the tire (I have THREE different roadside assistance programs, by the way, but could not CALL anyone), and went back to ask the snotty woman to take us out of the system.

We high-tailed it back forty minutes in the opposite direction and landed at Oakzanita Springs in sunny Descanso, California. The campground is off of a road that winds up into the mountains, I think it was old highway 79. The staff was wonderful, the campground was very mountainous but not treacherously so, and although they were pretty full, we didn’t feel like our presence was a burden. The super cute town of Alpine was close enough that we weren’t truly out in the middle of nowhere. We ran into a little fog being so high in the mountains, though. 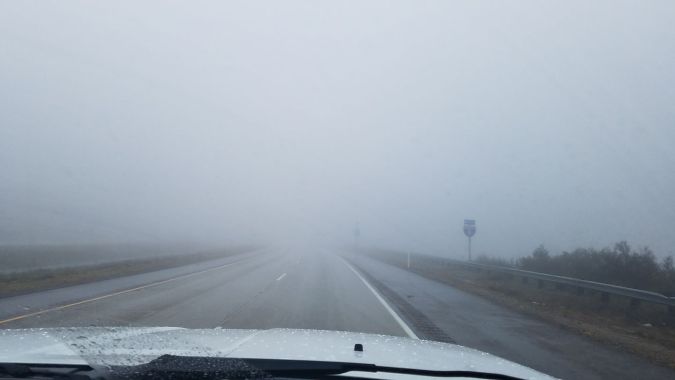 There was also this very concerning sign on the bathrooms:

After a few days of recovery from the long, repeated puddle jumping, we had a family visit! My maternal Grandfather’s sister, Aunt Gerry, lives about an hour and a half north of the campground. I had alerted them that we’d be in town for a while and made arrangements for a visit. The drive out there was AMAZING! And also nauseating. It was twisty, hilly, and fast, with a few mountain switchbacks, and LOTS of citrus groves. We had to pull over twice to let little bellies settle. I’m thankful that the GPS sent us that way because it was a gorgeous drive, however, we wont go that way again. We spent a few hours with Aunt Gerry, had lunch, and even saw her daughter (mom’s cousin) Donna for a few minutes. It was really nice to see some family again and get to talk about days past. Aunt Gerry gave us a big stack of these awesome cookies, pizzelles, to take home. I need to add a pizzelle maker to my wish list.

We also went to the tide pools that week! Cabrillo National Monument is located off the coast of San Diego on a peninsula that also includes a marine sanctuary area. The tide was especially low the day that we went exploring. All of the park rangers pointed at our nice looking shoes and then asked where we were from. The fact that none of us had on slop boots or sandals or water shoes was a dead giveaway that we had no idea what we were getting into. Supposedly you could also see whales migrating from this area but FOG. SO MUCH FOG.

This is the ocean. No, really.

We walked down the rocks and sand, not really expecting to find much, but hopeful to at least catch some crabs. We saw boring clams carved into the rocks, sea urchins covered what seemed like every inch of the place, tons of different types of seaweed – some of which was so unusual that it looked fake. 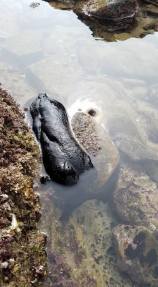 Two different types of sea hares made their presence known. They’re similar to giant slugs. I didn’t touch them to find out, but something tells me that they are probably pretty squishy. The highlight of the whole experience was a super cool octopus! He was just swimming along in one of the pools, stretching his tentacles and shoom, shoom, shooming along. When he saw that we were following him he hid under a rock. *sad face* Thankfully I thought I had gotten a pretty excellent video of him. Later, when I tried to show it to the Ranger, I discovered that I had gotten a one second video of my finger instead. Ooh well. Sometimes it’s better to just enjoy the moment anyway, right? 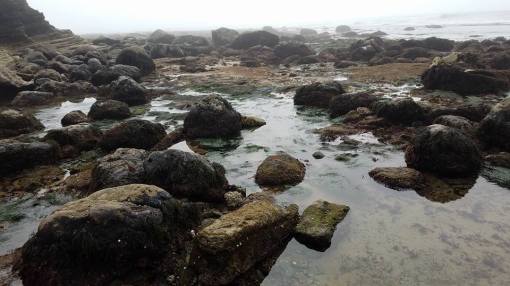 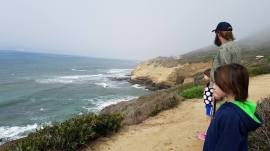 The kids thought it was awesome that they were actually touching the bottom of the ocean. I think that I was the only one that ended up with really wet feet that day. We did well despite our ‘pretty shoes.’

We also popped in at Marine Corps Recruiting Depot for a hot second. We may go back for a graduation ceremony when we get back to the area in a few weeks. 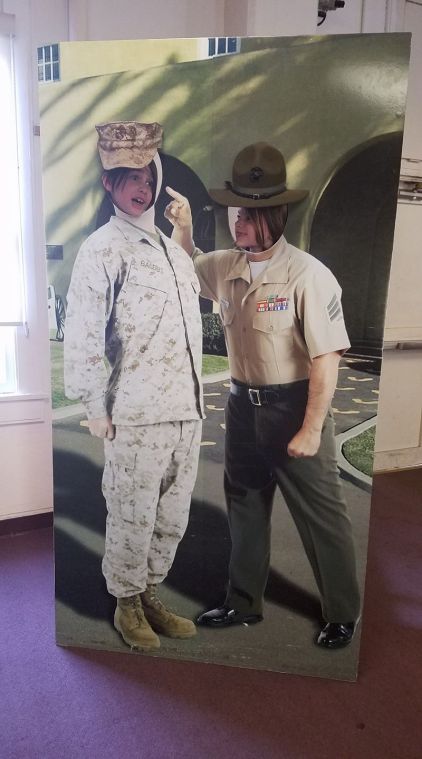 I also made this bad boy after seeing yet another camper with an airbrushed masterpiece across the back. 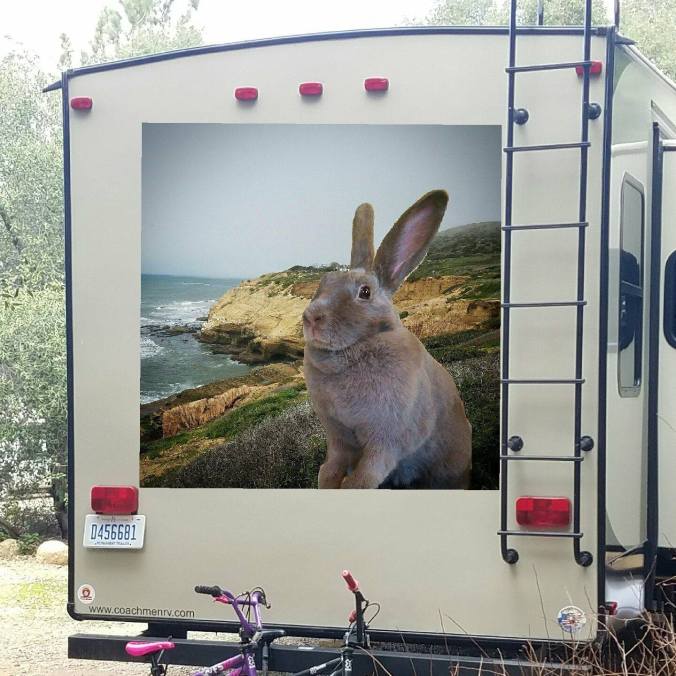 The children ran outside to see if it was really on there and Justin threatened to kick me out if it ever became reality. No love for Carrots.

I’ll leave you with a recipe for Kentucky Bourbon Burgoo, because you always have leftovers and you have no idea what to do with them. Improvise a little, throw in whatever you’ve got, and for the love of all things try lump charcoal at some point in your life.