WELL! Here we are, a full month-plus since our last conversation. I know, I know. I’m supposed to be keeping you up to date. Would you accept this cookie as an apology? It’s a Keebler Elf with chocolate creme, of course you will.

The sale of the house closed as planned on the day planned. We drove our rig to the closing and hit the road immediately! I’m going to rip out a quick list of places we’ve stayed and then we can elaborate on a few, ok? 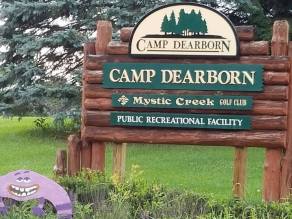 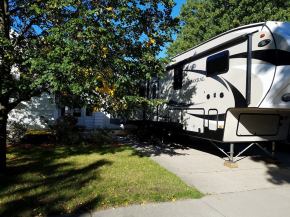 The first thing we did in Michigan was have our heating system fixed at the dealership,because if you are going to voluntarily live in the cold you should probably have heat. Don’t ask me why it wasn’t working, it must have known that we needed it. While it was being fixed we drove go karts and Mara won a big stuffed animal out of a claw machine. She is the Babe Ruth of claw machines. She once won TWO stuffed animals at the same time AND gave one to her brother. A winner with a heart of gold!

We spent a week at Camp Dearborn then headed to West Michigan again. On the way we stopped in Lansing and hung out at the state capital because *ahem* roadschool, remember? We did the tour of the capital building and checked out the awesome state library. On the way back to the East side we stopped there again and visited the state museum. Such a neat place as a whole, rich in history and easy to enjoy.

We visited the USS Silversides museum in Muskegon one afternoon and played on a torpedo or two. 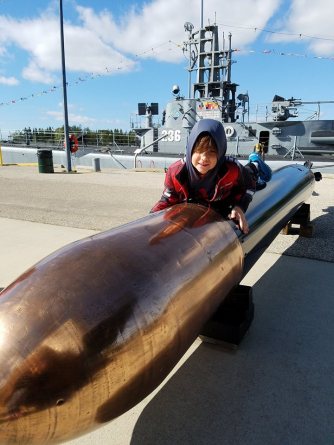 When we left the West again we headed to Aunt Brenda and Uncle Dale’s house for a week of visiting and fun. While we were there Mara finally got to shoot her rifle. She’d only had it an entire year. Everybody got to shoot that day! It was also a great opportunity to brush up on firearms safety with the children. If you haven’t had that conversation with your kids I highly recommend you do so.

We left there and spent ten days at my parents house. We somehow got the camper in the driveway and although it barely fit between the houses and fences I’m glad that we got to spend all those days there. The kids really got comfortable and we all had a great stay. With Grandma and Grandpa there we had an opportunity to take the kids out one at a time for some fun on their own. We took Wesson to ride the bumper cars, he jumped on a sky bungee thingy, and we got Slurpees. Mara wanted to go to Build-a-Bear. On our way into the mall we stepped into a puppy store and played with the cutest little Daschund. He immediately started licking Mara’s face and made it extremely difficult to hand him back over – that is, until we found out it was close to $3,000 to love him permanently. 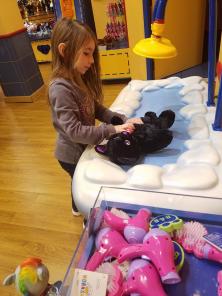 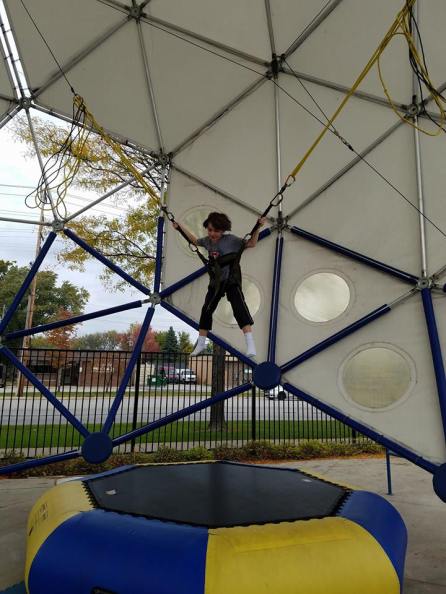 What else did we do there… Hmm… we watched flaming puck unicycle hockey, made bacon pancakes, went to unicycle practice, attended Pumpkin Palooza in Plymouth, carved jack o’ lanterns, and went trick or treating! 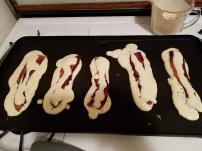 Are you tired? Because I’m tired. We’re at Slugger Field for another few minutes. We came here so that Justin could brew some beer with Goodwood Brewing. It was part of his prize for winning his category in the homebrew competition at the Kentucky State Fair. It lead to creation of his own blog and I’m super excited for him. He’ll be brewing with other people around the US and Canada as we travel. You can follow Roadbrewing.com for updates on that portion of the adventure.

Surprise! I never finished my blog post and now we are in Lexington, KY! We had a great dinner with friends and after we replace two dry-rotted tires on the truck tomorrow we’ll be headed to Tennessee. The destination is really San Antonio, Texas so that Justin can have a small umbilical hernia fixed at the awesome Veterans hospital. We are going to slow-roll our way down there. I promise and pinky swear that I will update you sooner than thirty days from now. I’ll sign off with a selfie of me wearing my sunglasses indoors and a hat that I didn’t purchase, because that’s what the cool kids do.